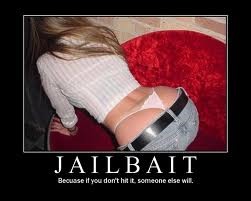 step 1: hire a young, HOT teenage actress (someone who looks believably 18 or older), some actors to play L.A.P.D cops and the host of "To Catch a Predator" Chris Hansen.

step 2: have the actress flirt with an un-suspecting male (could be one of the jackass crew or not) for a while to build trust.

step 3: have the actress invite the male target back to her place that evening for sex and hopefully the target will agree to go there.

step 4: when the male target arrives at the house, the actress lets the guy inside and tells him to wait in the living room for a couple of minutes.

step 5: after a few minutes, have Chris Hansen and camera crew surprise the male target and proceed to interview him like on the show "To catch a predator".

step 6: watch and laugh while the male target squirms and practically craps his pants/cry like a baby because he believes he tried to pork a minor.

step 7: have fake cops arrest the male target while he proclaims his innocence and continues to crap his pants.

step 8: have Chris Hansen/Jackass crew come out and explain to the male target that he has been the victim of the best prank ever.

step 9: watch and laugh while he gets super pissed/cry in relief that he won't get donkey punched in cell block D.

Please pick me and make this prank one of the all-time greats.