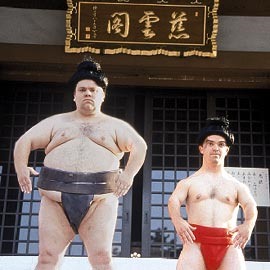 MTV and its producers must insist do not attempt to breastfeed grown men. Do not under any reason breastfeed 37 year old wee people in public.

This idea is based on youtube videos my brother showed me of women that breastfeed until their kids are like 9 which is just wrong! The skit would involve dressing preston up as a women in a moomoo with real looking fake titties. Then have acuña dress up as a baby in a giant diaper go to a mall or a populated area and have prestina (girl name for preston idk) flop out her big fat titties and proceed to feed her 37 year old hairy manchild in public and film people's reactions to this. Any dialogue would be entirely improv.