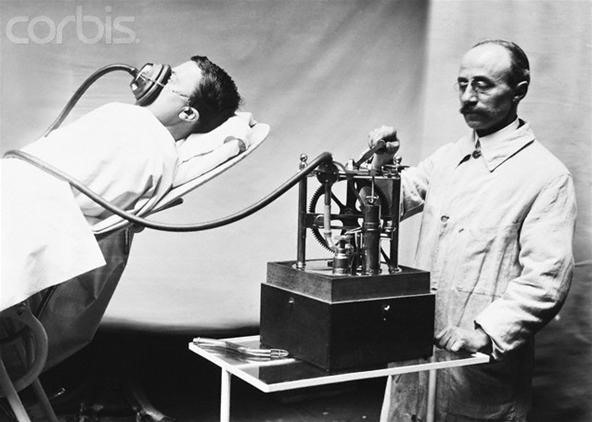 This is version 2 of chloroform surprise (as version 1 submitted was a bit too dangerous) . This time we have a professional anesthesiologist to help anaesthesia. He/She will use a pre tested knock out cocktail that suits each jackass individually, so that this remains safe for everyone in the team!

Each jackass knowingly arrives at a physicians surgery for the anesthesia treatment, just as he would any minor operation. He will of course have all his buddies there to hold his hand and offer support during his inoculation.

Once the jackass is unconscious , his buddies carry the jackass off on a stretcher to his new chloroform surprise location..

The surprise is the jackass waking up half conscious in his new situation which is pre arranged by the other dickhouse jackasses in a meeting weeks in advanced. (note: The anesthetized jackass star will be very disorientated upon wakening and probably not remember how they arrived at their new location , which for us viewers of course will be insanely funny : )

Here are a few ideas of places to regain consciousness :

Wrapped up lovely and warm, tied to the outside of an ultra fast low flying stunt aeroplane!

Under water, inside a leaking miniature submarine, alone with lots of sharks and crazy phyco music you can not turn off.

Hanging upside down by a bungie rope in the middle of New York City as people chuck fruit n veg for a very worthy charity!!!

Waking up right in the middle of a superbowl stadium with no pants , just a pair of girlie knickers and a peep-hole bra. (with poop stain down the rear of knickers for double laughs)

Or how about becoming conscious inside a coffin shaped clear, see-through plastic box with ventilation that is chucked out of an aeroplane at 20,000 feet with an automated parachute. A lovely, warming friendship surprise for any jackass to add to his exciting memory scrap book collection : P

Which ever idea the fans and Dickhouse decide as a chloroform surprise location, it can all be pre-planned with multi channel mics/cameras, weeks in advance. ..and of course (even if they read this) the jackass stars will never know of the setup location until they regain concsiousness..!!