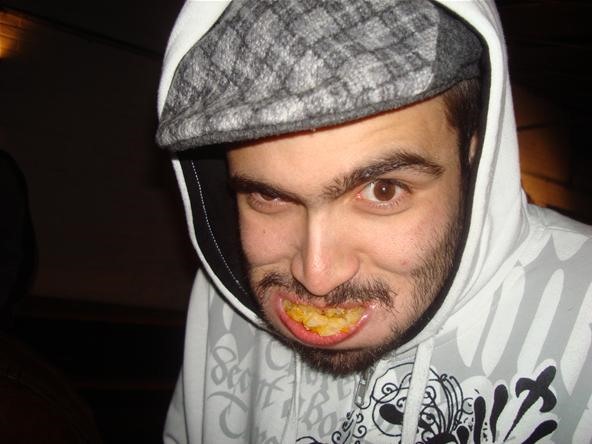 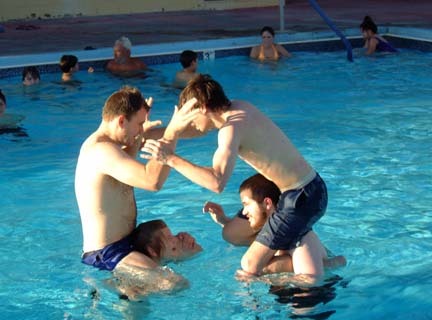 You have four guys portraying the typical chicken fight game which is usually played in a swimming pool (example image attached).  Only, this fight isn't inside a pool of water, but a pool of sewage or animal waste.  Two guys are attached to stilts.  Two other guys are placed on top of their shoulders without shirts.  They have rooster wings attached to their backs and rooster combs on their heads (for costume purposes of the skit).  They rub each other down with baby oil to make themselves very slippery.  Now the guys on the stilts who are carrying the two cocks back up and a referee which is their to call the fight, informs them when to begin the battle.  The two sets of people cock fight until one man knocks his opponent off the shoulders of his partner, and into the sewage/animal waste.  The ref announces the winner and sweeps the winner who has on the stilts, causing him to fall into the waste as well.  They all laugh and carry on.