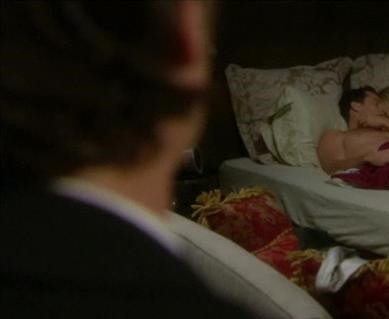 Get a scary looking dude. Print up a fake newspaper with the guy's face on it saying he just broke out of prison. Give the victim the newspaper. Later that night disconnect the phone line and take his/her cell phone. Make sure there are no weapons in the bedroom. After the person falls asleep lock all the doors and windows. Cut off all the power to the house. (Inform the neighbors of the prank, just in cause someone calls the cops). Sneak the "convict" into his/her bedroom. Lock the door so he/she can't get out. Have the "convict" stand in the corner or going through the victims stuff. When the victim wakes up have the "convict" try to grab that person and struggle with them. Before it gets too out of hand that's when you surprise that person that it isn't real.