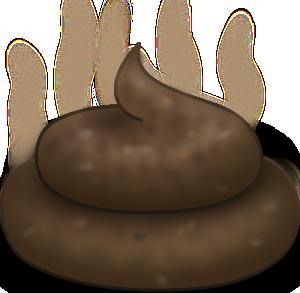 For this prank you need one of those creepy realistic trainer babies, an mp3 player or phone that can play a baby crying on loop, a crowd (like at a park, mall, or bus stop), a diaper and a few snacks.  You have one of the guys approach the crowded area looking disheveled and acting like an ass or a drunk.  After he's in place you have a woman come in with the realistic baby, the baby crying noise playing on loop, and a diaper full of chocolate pudding cups, candy corn, peanuts (whatever looks grossest and more realistic).  Have her sit near the guy trying to calm the baby and change it's diaper.  That's when the drunk guy, in full view of the crowd, grabs the full diaper and begins to chug down its contents as loudly and sloppy as possible to the horror of the fake mom (and the people around).

This would be funny in itself, but the real prank is you put a real cat turd or small dog turd under the pudding, against the diaper but don't tell the guy acting as the drunk!  Also, do this prank directly after lunch and make sure lunch was something the fake drunk guy REALLY likes so he makes a pig of himself beforehand.  When the real turd taste hits him it might provide for some nice projectile vomitting!