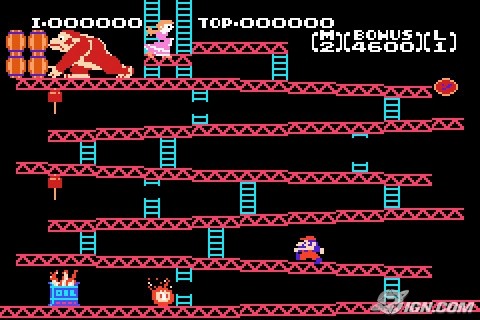 Okay so everyone remembers the classic video game donkey kong right? Well we basically do something along the lines of that. Have a larger person dressed up or painted to look like a gorilla standing at the top of a hill or path that is on a hill, and then have someone else running up the hill while the person dressed as a gorilla throws giant barrels down at them. As the barrels get to the person they have to try and jump over them while running up the hill.

It doesn't have to be just one person throwing the barrels either. You could have 4  or 5 people throwing barrels at the same time to make it more difficult. The ideal barrel size would be around the height of a hurdle that runners use.

Another thing we could do is to have a race against time. If they person or people trying to make it up the hill don't get to the top in a certain amount of time a GIANT barrel or ball of whatever works is thrown at them. And it should basically be large enough to knock them straight to the ground.