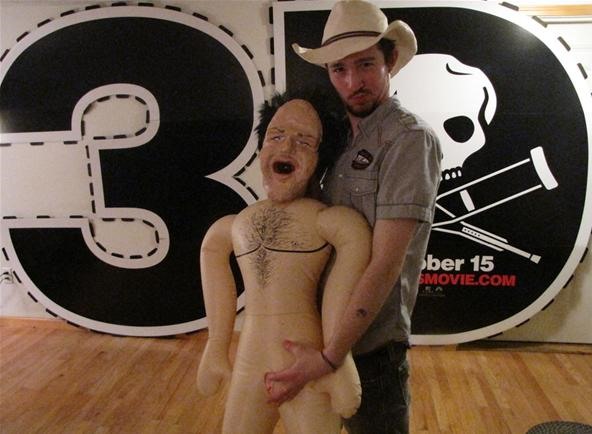 For those who were creeped out by the Knoxville mannequin, well now i've outdone myself!  Just like Jackass has taken their game to a whole new level with 3D, i've taken mine to a new level...the Jeff Tremaine sex doll!  Though I can't take full credit for this doozy, because Mr. Julien Nitzberg(genius behind The Wild Whites of West Virginia) came up with the idea.  He suggested I make one, and he would hand deliver it to Mr. Knoxville himself(for reasons only to be kept secret).

The prank:  Gather the Jackass gang (exclude Mr. Tremaine) with only Mr. Knoxville and Mr. Tremaine in on the prank.

What waits inside, only a naked Jeff Tremaine knows! 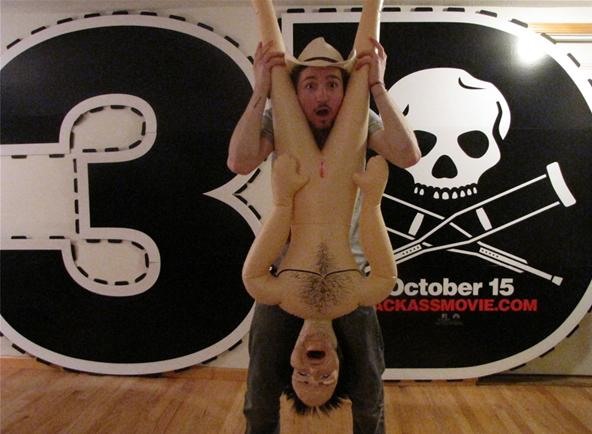