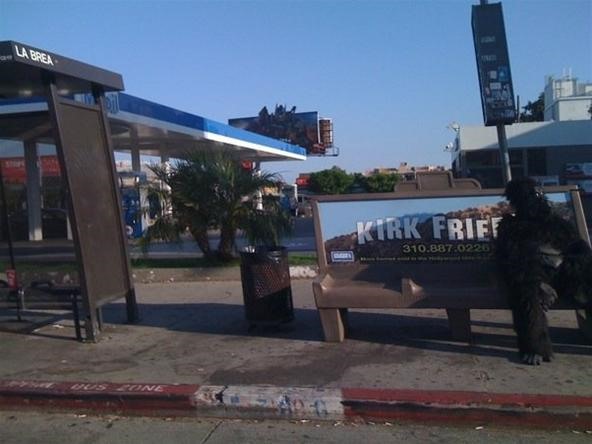 I've got this awesome looking gorilla suit, that I use to mess around in, and it always has good results. For some reason people are just afraid of the suit. I think its because it looks so real, or that the face has an eerie stare. Some people don't even know what it is till its too late. Anyways, this thing is loads of fun and I still use it to this day.

Some crap I've done in the past includes:

- Driving around in the car, honking at people

- Being Driving around in a car, waving to people

- Hiding in dumpsters and scaring people

-Swinging from trees and smashing into the ground ( Was on TMZ)

- Posing as a statue / on a bench, then scaring people

- jumping off bus stations into the trash

- Fake death in the park

- Bike crash in the park