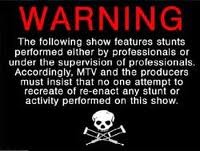 or a prank on the cast member (johnnys eyes only)

i would love to see a certain cast member, bam, get pranked. i have learned he is mortified by snakes. one of his worst nightmares. and i though why not wake up to your worst nightmare? as you guys travel around you stay in hotels or with people you know. this one you guys might wanna have take place in a hotel room. as he is fast asleep from travel, or from a gnarly hangover, get snakes and put them EVERYWHERE. put them all around the floor so that he is too afraid to step on the ground and maybe put one or two on his bed. take his phone or any other means of communication so we as a world can watch this grown man scream for help.

i really enjoyed the skit in number two where if someone were to ring the doorbell an airbag blows up in their face. that shit is gold. but because this is jackass let make the nuts hurt. something that swings up into the victims crotch, study where they stand normally when ringing a doorbell. but this cannot be at johnnys house or they will know somethings up. like a hotel room. just like the valentine. but measure crotch height. put a hole in the door where most of their crotches would be. cover it up with some thick paper and have professional artist make it look like part of the door. knock on the door. and BOOM nutshot. weeman might be harder but thats okay we can punch him in the face or something. im sure it would still be funny.

and for a prank on the public. keep god out of california at some baptist convention. lovely

i hope this would make you guys laugh as well as the rest of the world. ive been a fan of jackass since i first remember watching the first episode. i hope to win. if not good luck on the movie. thanks