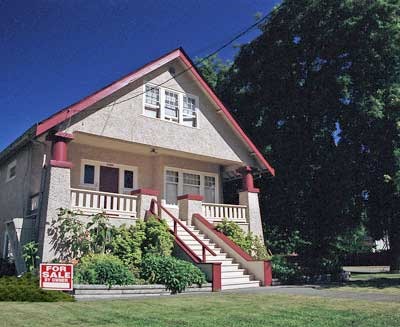 Have someone pretend to be a house salesman who's showing some people around a house. On the outside everything will seem normal but as they walk into the house everything goes mad.

You could have a half pipe in the bathroom, a fake toilet with someone on it beside the fridge in the kitchen, a group of lads doing drugs in one room, all the furniture stuck on the roof in another room, a weapons lab in another, a klan meeting in another, and some prostitutes in another. Generally just a whole load of completely mad stuff that you wouldn't expect to happen when looking at a house. And just see how long the viewers will put up with it.