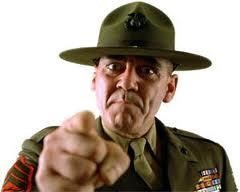 This prank will involve as many people as you can fit into one car, and you will need to have the majority of your buddies dressed in military outfits. The one exception is that you will need to have one person dress up as the military sergeant, which will be leading most of the prank. You need to rig the car that you are using to smart smoking from the hood, or if you want to make it more realistic you could actually have the wheels fall completely off the vehicle itself once it has entered the intersection. When it does you have the one military sergeant get out of the vehicle, open up the hood for inspection, and have him yelling and becoming extremely irate. The next step will have the military sergeant yelling at the many dressed up soldiers in the car, where he will lead them out and make them march into the middle of the intersection. Once the traffic is being blocked while the various people in the cars are becoming extremely angry, the military sergeant will yell and instruct the soldiers to do push ups in the middle of the intersection for about 10-20 minutes.