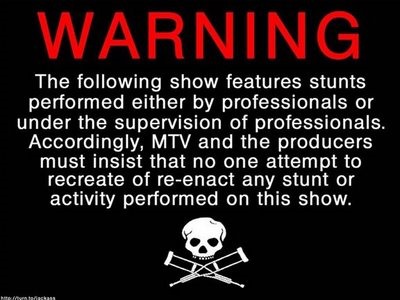 Pick a winner from the mass amounts of contestants. When their flight gets there, have a limo (a real shitty one) pick them up to charter them to a desired location. On the way the Limo driver gets pulled over (fake cop of course) and the Limo driver goes to jail for warrants. The contestant will be left alone until the wrecker service comes to tow the Limo. The wrecker driver then offers the contestant a ride to the destination but he has to make a quick stop first. The wrecker driver asks the contestant to come inside for about ten minutes while he does his errand. The wrecker driver turns out to be a gay film star fluffer who can take one in the neck if ya know what I mean. lol After he fluffs his male counterpart (in front of the contestant and porn production mind you), he and the contestant head towards the location. On the way there, HE gets pulled over and goes to jail. So now the wrecker is left on the side of the road with the limo still attached or loaded along with the winning contestant...Alone. The new wrecker service shows up with 2 trucks, one for the limo and the other for the other wrecker truck. Only this time one of the wrecker drivers is a hot chick who works there and she offers the contestant a ride. On the way to the location, her "huge crazy psychotic gangbanger" boyfriend pulls up beside her and the contestant screaming his head off asking who the fuck the contestant is. He then reaches for a gun loaded with blanks and starts blasting away towards the driver and the contestant. Scared, she then takes a side road and loses the boyfriend only to have the truck break down in the worst part of town. The driver then pulls out a gun to protect themselves in case some shit goes down while the wait for another truck to show. Meanwhile, Knoxville dressed as a nasty bum, offers to wipe the windshield only to be denied by the driver several times. Knoxville is persistent and starts doing it anyways. The hot chick driver then pulls out the gun and starts shooting the bum. She then sprints away from the scene. Swat and cops all arrive shortly after to find the contestant with the bums body and the weapon inside the cab with the contestant. They go to arrest the contestant for murder and place him in the back of a squad car where Steve-O is in the back snorting a line of Wasabi. By then the contestant should realize that they have just been pranked themselves. All caught on tape of course.

You coppied mine. I posted this same thing a few days ago. All you did was add a couple things to it. That doesnt make your idea and original 'cause you're stealing other peoples ideas. They said no copping and adding to others.

copying and copied. My friend called me and had woke me up to tell me someone stole my idea. I was tired and hung over, so I misspelled some stuff, but really, did you really take my idea? 'Cause that begining part sounds exactly like what I sent in.

Wait, you're also saying to prank the contestant? You already know its a prank.

And mine is pranking the contestant. IT READS "Pick a winner from the mass amounts of contestants." just cause you have a limo in yours does not mean its close.

provide link. I dont have time to read all the entries. But I doubt its anywhere close to this.

Sorry to offend, but my friend called me and woke me up telling me someone stole my idea of getting your limo driver arrested and the begining does sound like mine, but you also added a bunch of other stuff to it. If it got picked, you would be the winner out of all the contestants. So, it kinda sounds like you're pranking yourself.

So all the Poop pranks are essentially stolen from one person? And to be honest, I did not read one single prank before posting this. So you got a limo driver arrested and now ALL pranks that include limos should not have any arrests for fear of copying? Come on man!

AND AGAIN!! PLEASE LEAVE A LINK SO I CAN AT LEAST READ YOUR PRANK!

Oh and the "sorry to offend" statement is laughable.