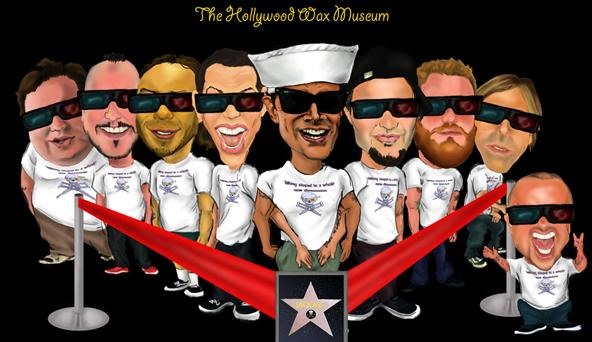 Back in November I visited The Hollywood Wax Museum on Hollywood Blvd.  After pacing through the entire museum, I was bothered deep down in the guch area that there were no Jackass wax mannequins!  So I took the liberty of making my own Johnny Knoxville mannequin.  The plan was to make one, fly it down to LA(couch of course) and then try to actually get it into the Hollywood Wax Museum as a joke.  Now the joke/prank has evolved!...

Oh, someone from the much missed jackassworld. com. I'm gonna boost this up a little ;)