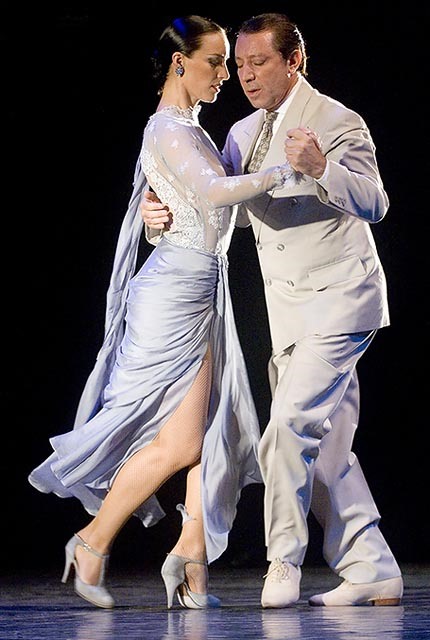 The Jackass cast enter a hotel ballroom completely nude except they are all wearing safety goggles.

Each member must pair up to second member to use as a "dance partner".

Some slow romantic music starts playing over a large stereo sound system in the room. ("Slow Dancing" by Johnny Rivers, "I'm Not In Love" by 10CC, "Drive" by The Cars. etc, etc, ect.)

Everybody is dancing away with their partner to the music, havin a gay ol' time, when suddenly the lights go out & the music stops.

Unbeknowst to the boys, secetly hidden in the room behind the stereo speakers and equipment are 5 shooters wearing night vision goggles-armed with paintball guns.

They start shooting away. Hilarious mayhem & panic ensues. After several minutes, the shooting stops. With the lights still off; within 30 to 60 seconds, a large volley of bottle rockets, roman candles & other fireworks are fired at everyone.

When that ends, the lights come on; the doors are opened, and in comes several dozen shit-frightened young cattle calves weighing in the 200-300 pound range. A stampede is launched when someone sets off a few police flash-bangs/concussion grenades. Absolute Chaos.

The stereo equipped must be unplugged for the next part to prevent electrocutions: At the doors during & after the cattle stampede, are several dudes with high-pressured fire hoses spraying everyone & everything down.

When the cattle are finally taken out the room, the lights go out again. Next into the darkness a large grizzly bear is brought in. The lights come back on and the bear starts chasing all involved.

When the bear chase is stopped and it is taken out, Jeff Tremaine announces the madness is finally over (Well, not really).

Tremaine asks the Jackass to pose together for a 'photographer' to take 3 photos. The first 2 go peacefully. On the 3rd take however, the guys dont know that while their ass sides are facing the other side of the room, at the other end of room planted for the whole time during the onslaught are three '460 Stingmore mines' each one loaded with 700 .45 caliber rubber balls when fired launch them out at about 500 feet per second.

When the 'photgrapher' finally snapps for the 3rd picture, at that moment the mines are set off.  THE TRUE HOLY SHIT OF PAIN.

Now finally, the insanity has truly come to its completion. Amen