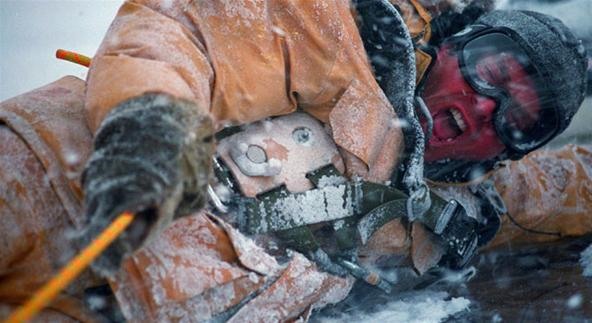 Get lots of bright snow gear including a survival backpack and the necessary thing u need to survive in a blizzard on your own. Have tins, cans ice pics, whatever hanging from your backpack. Have a separate big bag kinda like a duffel bag attached by a rope to your harness on your waist. Go downtown where there's lots of people and walk like your in a blizzard (maybe have snowshoes on?). Or you can take that idea, erase the part about the duffel bag on the back and put 3 other people dressed up the same with all the survival equipment and go to a heavily populated area or go somewhere where there's lots of people and walk. It's like taking that scene from "The Day After Tomorrow" where they're on top of that mall roof on their way to rescue his son from the library during that blizzard. Except it's downtown in the searing heat. I would personally pay money to see this I think it would be quite a sight.