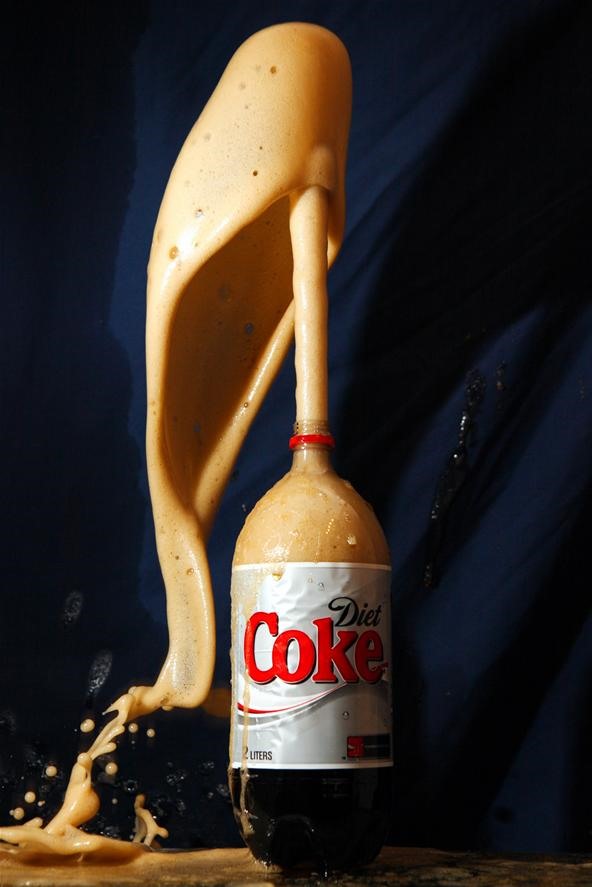 The Jackass gang are standing nude in a large container filled several thousand Mentos (mint only) candy pieces. A group guys with 5 gallon buckets filled Diet Coke simultaneously pour into the Mentos candies box; causing an massive eruption. It is possible the force could propel the guys out of the box, especially Wee-Man.

As a possible backup Plan B option, instead of Mentos, rock salt is used instead, as it is said rock salt is more porous and hence provides even more nucleation sites per area than Mentos. So that could mean an even bigger WAAA-POON-WOOSH-PAAAAH!!

When it is all over, everyone will fill like they have just had a one-night stand with Kirstie Alley.