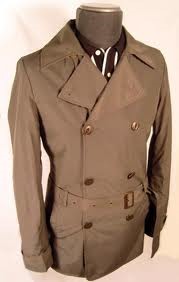 Alright guys, I'm Aaron from Texas. I want to prank my bestfriend James that moved away to California outside of Oakland a few years back. He is now a guitar teacher and I think at work would set him up for the best prank ever. The idea is to set up an appointment with him for guitar lessons as an old man, hence the old person make up you guys have done in the past, which would probably be best done in glasses and one of those "flasher"/pervert coats. I see it probably starting with a name for the elderly man maybe like "larry franklin" or something simple. when the two first meet, play into the old man's role as a retired teacher from Oregon. Larry - "how long have you been teaching guitar", James will reply________. Larry - "that is awesome I just retired from teaching highschool 6 months ago, damn i miss those kids, you kinda remind of one of my old students who wore you know the metal t-shirts haha" when he replies go to pull a picture of the ex student out of your(larry's) wallet, interupt him if possible and say "here it is" and hand him a picture of the two akwardly hugging in their underwear or something pervertedly funny. Now the introduction has become a completely akward situation, so larry should say something like "well lets get started with these guitar lessons" sit through a few things and pull out a flask and ask "do you mind if i take a swig of this to help me concentrate?" Sit through a few more things and ask if you can see how the chord or technique or finger placement looks from behind so you can prepare then to pull out some type of bottle resembling the chloroform like when people get kidnapped in movies, say "oh yeah" and proceed with attempting to chloroform james. I am more than willing to do this, it would be freaking awesome and hilarious, you can play off the camera in two ways, 1 - set down a bag when you walk in with the camera hidden inside, or 2 - play off a cameraman is filming you for a documentary about teachers after retirement, you could have him pull larry off of james instantly while larry flips out and runs out, please think about it guys, this would be epic.