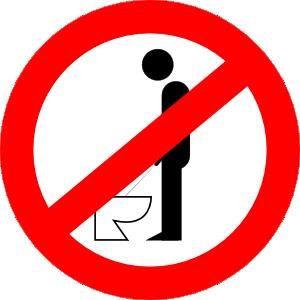 I don't know f you can use this, but here goes:

They make these realistic sex toys that you can fill with liquid and squirt.  Fill one with clean warm water.  Go to one of those places where people stand in line hoping to get into a club.  Have two guys ride down the street on a scooter, one driving, the other on the back with the warm water toy hanging out of his pants.  As you pass the line the guy in the rear begins firing the water at people's shoes, clothes, flicking it up to their faces all the while shouting things like, "Piss in your face, trendy bitches!"  When they get beyond the line, where the driver is supposed to punch it and take off according to the "plan" he instead pulls the key and hops into a waiting van leaving the "pisser" behind to explain how it was a prank while getting his ass kicked by trendies.

--A goth club would be funny too.  Seeing one of the guys get his ass kicked by fake vampires and Twi-tards would be hilarious.