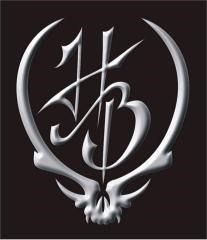 Okay, to tell the truth, i am not 18 or older, i am a 15 and a half year old teenager who has admired you guys for years and has been dying to meet you all.  my idea (my best friend Steven Vaughan also helped with it) is about me (as a panda) and Steven (as a robot) run through a busy public building, or down a busy street, with Steven chasing me as the robot, and i will be in the panda costume running trying to get away and eat my burrito in peace, and he is yelling, "give me the burrito you dumb panda!!!", and i will be yelling "no!!!" and after a while, i will turn around, and throw the burrito at him, and he will duck, as the burrito will go over him, and hit a window, white wall, clean car (parked), or all of the above (doing this a few more times).  if we dont do it with the greatest dudes ever born, we are gonna do it during our homecoming football game at half time, and/or on holloween during school hours and run through several classrooms and maybe at lunch.

i walk into a store, and pick out stuff that i act like im going to buy that are heavy and expensive, and after they bring them to the checkout isle and scan them and tell me the price, i act like im trying to get my wallet, and say, "oh shoot. this is really embarrassing, i seemed to have forgotten my wallet at home." then leave.

(For One of the Jackass members) goes into the bathroom to take a leek in the urinal, have a flap that opens, and have a punching glove machine on the other side, and when he gets right in front of it, pull the lever and it punches them in the jewels.