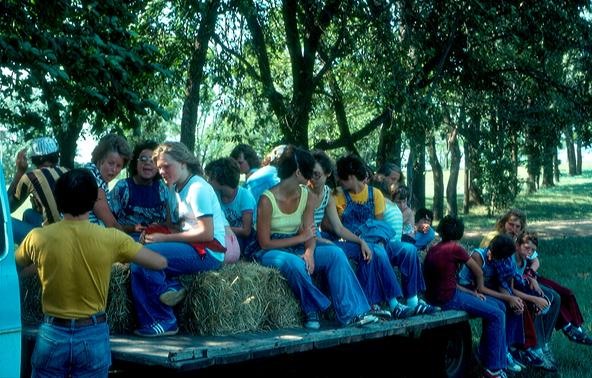 A hay wagon with some hay bales on it is rigged with several of same type of rocket Johnny Knoxville rode in JA2. The entire cast is onboard the wagon when the rockets are ignited, sending the wagon flying down a grass field.

A second option is everyone ride a haywagon that is pulled by one of 2 completely opposite vehicles: 1. A Chevy Geo Metro, or 2. A fully loaded NASCAR stock race car, possibly driven by a woman, pulling the haywagon all around a grass field.

A third option would be to have the haywagon the Jackass Gang pulled by an actual team of jackasses , and/or some other herd of farm//zoo animals.

And for a fourth option: In a series of separate attempts: ALL OF THE ABOVE!!