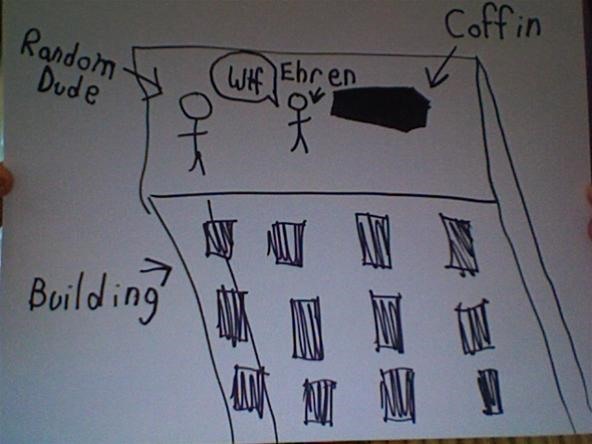 Tell Ehren that he is going to do a prank by coming out of a coffin in pubic. When he is in the coffin take him to the top of a building. Tell him that the people who he was going to prank are going to be there in a few miniutes. Then leave, and about five min later tell him leave the coffin via walky-talky. When he gets out he will be surprised to see that he is on top of a building. Not only that but there will be some random dude up there too, and the dude will act as if nothing weird is going on. That will make Ehren go crazy. And most importantly. HIDE THE CAMERAS!!! Make sure Ehren doesn't see them.

I googled my name and this came up. Thats so sick hope you win.

I googled my name and this came up. Thats so sick hope you win.

sick i saw your others

hope you win by the way

how do u block spam