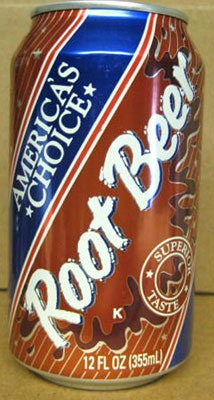 Okay, here we go.  Here is the deal.  Bam, Knoxville, Dunn, Steve-O, Party Boy, Jeff Tremaine, and myself are dressed in old man faces, but wearing tshirts that say "Beer is Good" and wearing diapers.  (Substitute speedos for diapers if you want).

We are gathered around Jack Nicholson's Walk of Fame star.  The "Nicholson" is covered up by a taped "Ass" to make his star to say "Jack Ass".  Because it is his star, it is only fair Jack Nicholson is with us too, also sporting the "Beer is Good" tshirt and diaper (or speedo).

We are gathered around his star in a hack (hacky sack) circle.  But instead of using a hacky sack, we are hacking with an empty generic root beer can, as pictured above.  We have a cooler next to us filled with Miller High Life cans that are actually filled with root beer.  Whoever f**ks up each hack has to chug a (Miller High Life) can of root beer as we chant (Chug, chug, chug, chug!)  We're also each holding a can drinking as we hack.