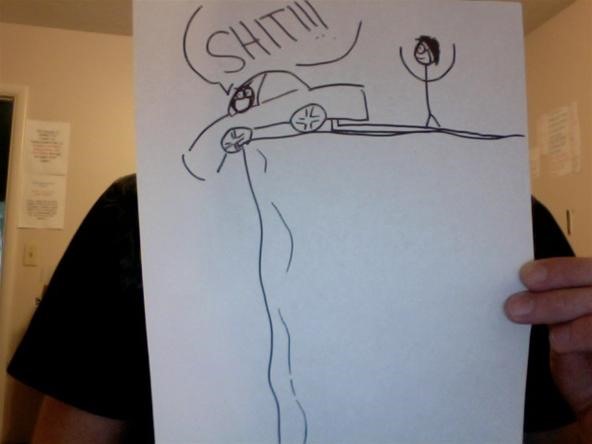 The prank will involve :

-A track for the car

-An unsuspecting victim (preferably someone EXTREMELY afraid of heights)

The idea would be to put a car near the edge of a cliff. Unknown to the victim, the car would be on a track to keep it from driving completely off the cliff. The victim would then be tricked into getting into the car, have someone else lock the doors from the outside. Having other people pretend to start pushing the car (as if to joke of pushing it off the cliff while the victim is inside). Rig the doors, so when the victim tries to get out as the car gets closer to the edge of the cliff, the handle breaks off.

Now the people outside the car pretend to panic and run up to the car to help get the victim out, but the doors are locked and they cant open them. Making it seem as ifsomething has gone terribly wrong and the victim believing that he/she is actually about to roll off the cliff.

Watch them panic and see if they try to find a way out.

Finally as the car reaches the edge and starts to go over, the car stops thanks to the hidden track that the car is on.

Should be hilarious to see how bad they freak out, and when they finally realize it was all just a prank.