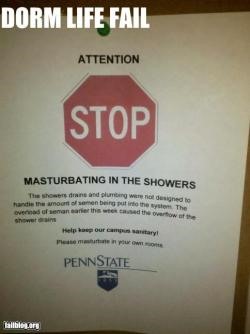 There's two senile senior citizens disguised from Steve-O and Johnny Knoxville who claims they have "gotten sick of hospital food", and decided to rob a local supermarket. One guy is wearing his sports shorts, walking with a walking stick, and with parts of his genitals exposing, plobbing everywhere. (Johhny) While the other guy's on a wheel chair, just pitifully rolling to the supermarket with his (fake) detures and the hospital gown(steve-O). As they entered the assumed "Cosco", they then proceed in picking everything they want or desired (pretty ganster for a bunch of senile old dudes). The cashier kindly explain to the two man that you gotta pay for it, but then the man crudely replied, "man nice tits, your hot!" she seemed offended then ran off the store like a bitch she is. After they're done shoplifting, the 2 senile man made their exit through the front door just to be blocked by a local ,mall cop. After he saw the old guy's genitals he puked at the guy with the wheel chair, then then the guy at the wheel chair got dissed then he pissed at the collapsed cop, the other guy screaming in disgust, the proceeding into puking again to the collapsed cop. then the old guy then roundhouse kick his nuts and shouted, "wise guy huh? man target's way better than this shit hole". Then they proceed to exit the supermarket.

P.S. this is purely the work of fiction (just for the funnies man) no insults or offense is intended, seriously please don't sue me if I put ur name to the story, and i don't wanna see this shit on ebay with your name on it lol . jkjk

P.S.S this is the most failed attempt of a story so don't be confused if it sucked lol

ps the fucking third time, i don't know what pictures to upload so.... i took this shit from your girlfriend's dorm bathroom  jk lol