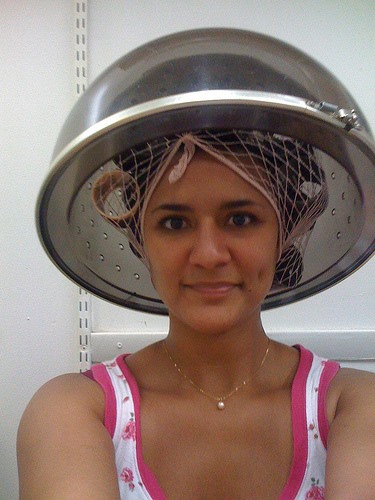 In a follow-up to Terror Taxi, Ehren would be singled out to perform some kind of "stunt" or "prank" . . . which everyone is in on except for him. They get him setup in wardrobe and makeup and when it is time to do his hair, the stylist pulls out a bottle of hair gel. ONLY THIS IS NOT HAIR GEL, it is a bottle of all the guys semen, much like the box of all their pubes in Number Two. The hair person applies it then sits him under one of those giant helmet things you would see in a 1970s Beauty Salon . . . maybe make the helmet thing is made to look like the head of a penis. The original "stunt" goes on as planned as in Terror Taxi, it all fails and is revealed that Ehren's head and hair is covered in spunk. Yeehaw!

Get the Gadget Hacks Daily

Our latest smartphone hacks — straight to your inbox.