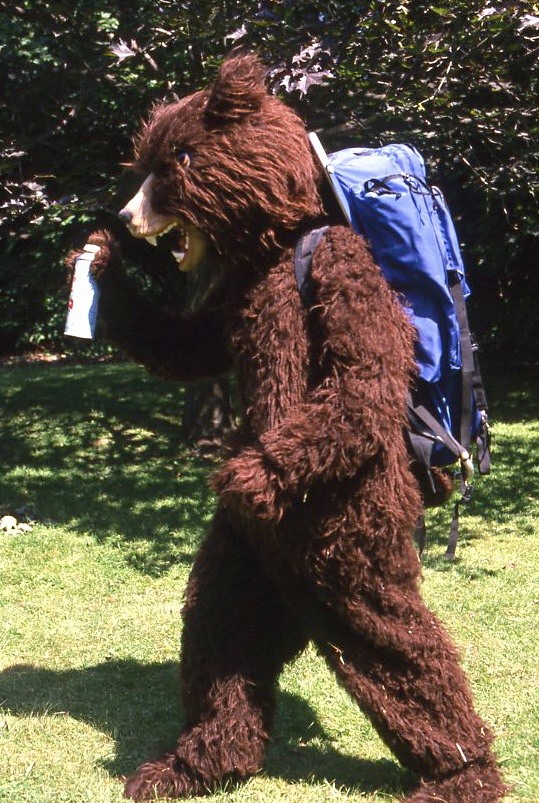 The pranks outlook.. a bunch of friends or campers are camping, someone that the people being pranked knows will suit up in a bear outfit then the "bear" will walk around just outside the camp to alert people then the "bear" charges. someone then grabs a gun with blanks in it, but no one is aware of this. then the person shoots the "bear" and the "bear" makes a very human "umph" sound and then hits the ground. people shout "i don't think that was a bear" so the people getting pranked and the pranksters run to the "bear" and then relize it's just a costume and they unmask him to show a very "dead" person that the people knows... they would freak out, and scream and cry.. that would be a horrific prank but funny. also you can record the sound of a bear to make it seem more convincing and of course it has to be done at night, also fake blood packets would be a nice plus. this and more come from a very unique mind that has been a big fan of jackass since ya'll first started. also big fan of Chris Pontius