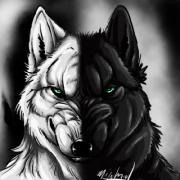 Whenever we get together and hang, my friends are always talkin' me into doin' the famed truffle shuffle from the movie 'The Goonies', made famous by the character Chunk. Well, this is where I got the idea for this prank.

First, you would build a very interesting domino-type chain reaction with several different types of mechanics. (just use your imagination, cause any type shall work) At the end of it, place any type of weight dangling from a thread or string that's easily cut above a piece of wood that's place on a barrel or other type of device, in a see-saw position.

Placed at the other end, you would have an unsuspecting 'victim' at the other end of the 'see-saw', blindfolded with a string or thread either attached to them or held in their hand.

As the do the truffle shuffle, blindfolded, as directed to do, this would trigger the domino effect of each device set up, which ever type you would choose (because anything would work, so long as the 'see-saw' one w/ weight above was at the end). Once triggered, the thread or string that's holding the weight will be cut, releasing said weight onto the opposite side of the 'see-saw', causing the other end of it to 'kick' the unsuspecting 'victim' in the nuts....HARD.

Let me know whatcha think about this one.