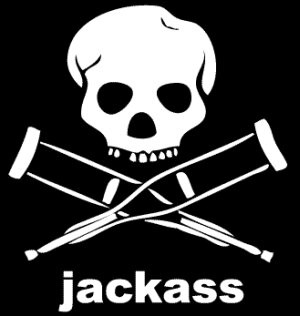 the ultimate: prank all audiences and theater employees:

the lights dim, "please put on your 3d glasses now" flashes across the screen.  jackass 3d begins with a ridiculously expensive and inspired opening setpiece.  the audience is immediately confused, because despite wearing their 3d glasses as instructed, the picture still exhibits the doubled imagery as if they were not wearing their glasses.  they remove their glasses, put their glasses back on, back and forth, nothing, the picture retains its unprocessed blurry appearance.  this continues past the opening sequence and into the film while the audience is shouting at the projection booth to fix the picture, cursing, texting, filing into the lobby to complain.  hapless theater management and employees are equally confused, clueless, unable to resolve the problem.

about ten minutes into this chaos, the 3d suddenly pops into place, only to reveal knoxville and company pointing their fingers into the camera, through the fourth wall, at the audience, and laughing their asses off.   mission accomplished.

opening setpiece could begin in proper 3d at this point, though it would be funnier if it didn't.