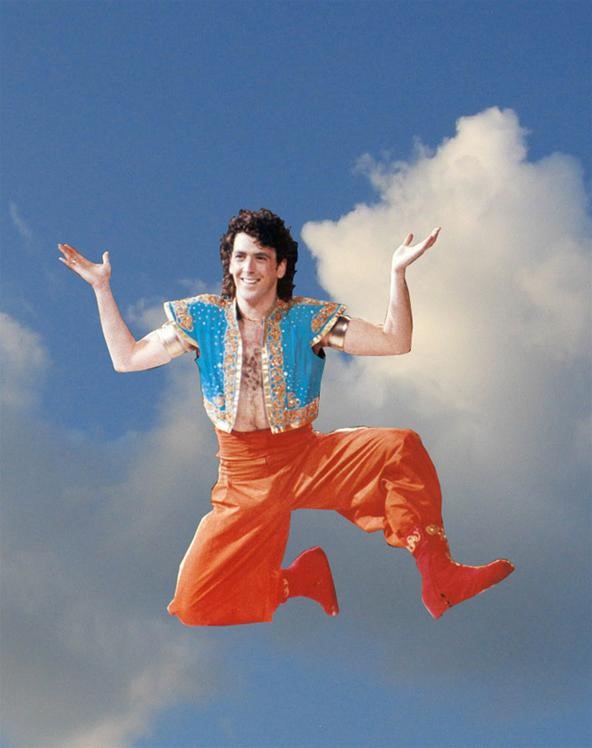 One night after partying, find the most wasted person in the group. For security purposes, don't be afraid to slip him a roofie or two throughout the night. The next morning, while he is still sleeping, strip him down butt-naked, put a blindfold and a pair of ear muffs on him, and carry him out to the car (this can also be done the night before) and drive to the airport early the next morning. Carefully carry him onto the plane, equip him with a parachute (either this or take him on a tandem jump, with someone wearing the chute while strapped to him. Good luck finding a volunteer for that though), and take off. While thousands of feet in the air, wait for the drop zone. While he still soundly asleep, grab his naked ass and jump out of the plane. If all goes according to plan, he wakes up, scared out of his mind, possibly deficating himself, while the both of you plunge quickly toward the earth (of course you will be equipped with a camera, and you will have the camera crew soaring alongside you). You land, he's crying, his fellow jackasses points and laugh, its genius, i know. The fact that the movie is in 3-D makes the prank even better. I think the funniest crew member to pull it on would either be Dave England or Ehren Mcghehey. Hell i'll even let you do it to me if I actually get to meet you guys.