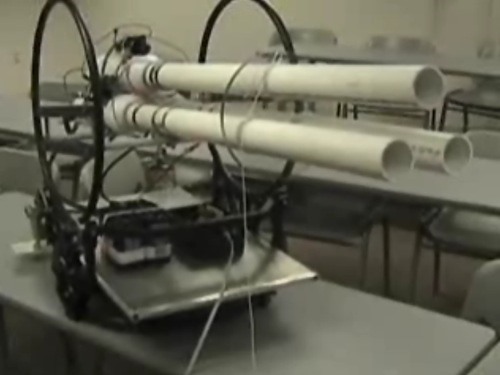 Im Going to keep this short simple and disastorous.

Opening Scene: The guys Ehren, Bam, Steve O, Pontious, England, and Preston are standing on the shore line of the Santa monica pier. Dressed in Speedo bathing suits, (pontious in the bunny lifeguard suit) all the guys will have watter skis on ready to take off from the shore line they are all holding ski ropes attached to a boat.

Cut to: Boat being Captained by Henry Rollans and his trusty Ship Mate Johnny Knoxville. Rollans stands up and yells back to the guys on their skis "you jackasses ready? Knoxville ANCHOR UP!!!" Knoxville while pulling the anchor up "yes Captain, Im Johnny Knoxville and this is the wet potato race!!! Rollans hits the throttle and punches it

Pan to the guys sking behind the boat, Bam smacks Ehran in the face Back to Knoxville he kneals down in the boat and brings up one of the bigest pottato guns ever built. He fires one off hitting bam in the cock socket, then proceeds to take the guys out one by one all while Rollans is driving the boat at dangerous speeds and makeing sharp turns, Preston will be the only one sking with a inner tube around his waste so when he falls he kind bounces off the water, it would also be crazzy to see wee man skiping on the watter after being knocked off his skis trying to hang on and not lose the race.

The scene will end with one man still sking whoever it happens to be the lone ranger will hit a ski jump or a wave all while knoxville shoots him with the potato gun while the skier is in mid air. Rollans then leaves the command post of being the captain of the vessel and runs off the back deck diving into the ocean leaving knoxville to run and take control of the boat.

how do you know that they can even waterskii? that #$%@ is hard!