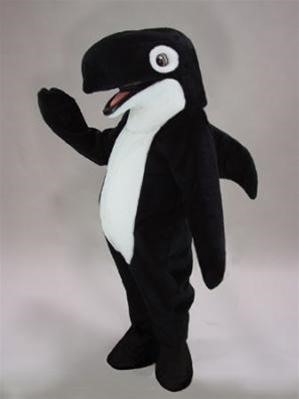 So the basic idea is that you have someone who's in a whale costume and they could be handing out flyers, walking around or just whatever it is someone in a whale costume could do. And while there doing that some guys who look like Japanese fishermen, with fake spears and all that fisherman stuff, run up to him and try to catch him.

You could have the guy as the whale running around the streets for a while trying to get away but in the end the fishermen throw a net on him, reel him in and carry him off.