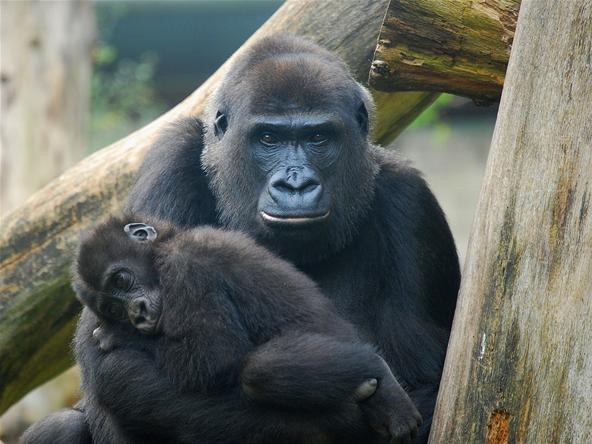 Have the guys at the zoo. One fan (actor) comes up who is crazy and wants to be on the show. He jumps into the place where there are gorillas. But all the gorillas will secretly be fake because they are people in costumes.

Now when the fan is in there, he'll try to hop onto a gorilla to ride it to prove he is jackass worthy. The "gorilla" gets pissed and starts to attack him. Now either members of the crew can be pranked by this or the general public can be pranked. Or both, either way it would be amusing. Have blood splatter effects and all that. Once the gorilla starts attacking the crazy fan, the fan will eventually be knocked unconscious and dragged into its den where the people can't see him.

After a few short minutes, the insane fan will run out naked because of the gorilla taking his clothes. He'll be screaming and saying can I now be on your show. Film the reactions of the victims of the pranks and then have the gorillas reveal they're just men in costumes.

where can you find fake gorillas? next!

It's called a gorilla suit....

in theory it sounds good but i think people will be able to tell they're just guys in costumes..