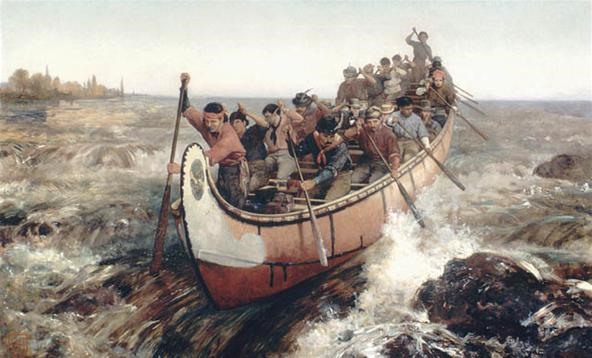 The Jackass cast are dressed in Revolutionary War outfits and are riding and paddling a large canoe towards a beach.

All around the beach is the enemy waiting for them. When Johnny and the boys are near the shore; the enemy opens fire, with bottle rockets, roman candles, fire hoses and paintball guns. The Jackass guys are armed with BB guns.

Get the Gadget Hacks Daily

Our latest smartphone hacks — straight to your inbox.