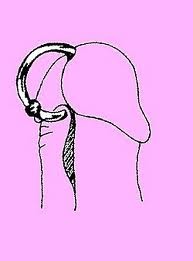 step 1: create a convincingly real prosthetic penis with fake blood inside the head of the penis.

step 2: have a jackass cast member (or myself) attempt the most gnarly piercing ever, the Prince Albert, with the cameras rolling.

step 3: DO NOT tell most of the crew (because Johnny Knoxville/Jeff Tremaine have to pick this prank) that the penis is a fake.

step 4: get a piercing artist (i guess that's what they're called) to perform the Prince Albert.

step 5: make sure to groan in pain like your dong is getting pierced and the blood should squirt out of the piercing area. (optional: you could pretend like the piercing artist fucked up and hit a vein causing the dick to lose a lot of blood. Then cue the paramedics and the concerned looks on the jackass crew's faces)

step 6: eventually reveal that the schlong is a fake and have a good laugh as you pat yourself on the back for a job well done.

If it doesn't work out, f it, I'm willing to seriously having someone give my below average penis a Prince Albert and film it. Just give me a chance and I'll prove myself to be a total idiot.